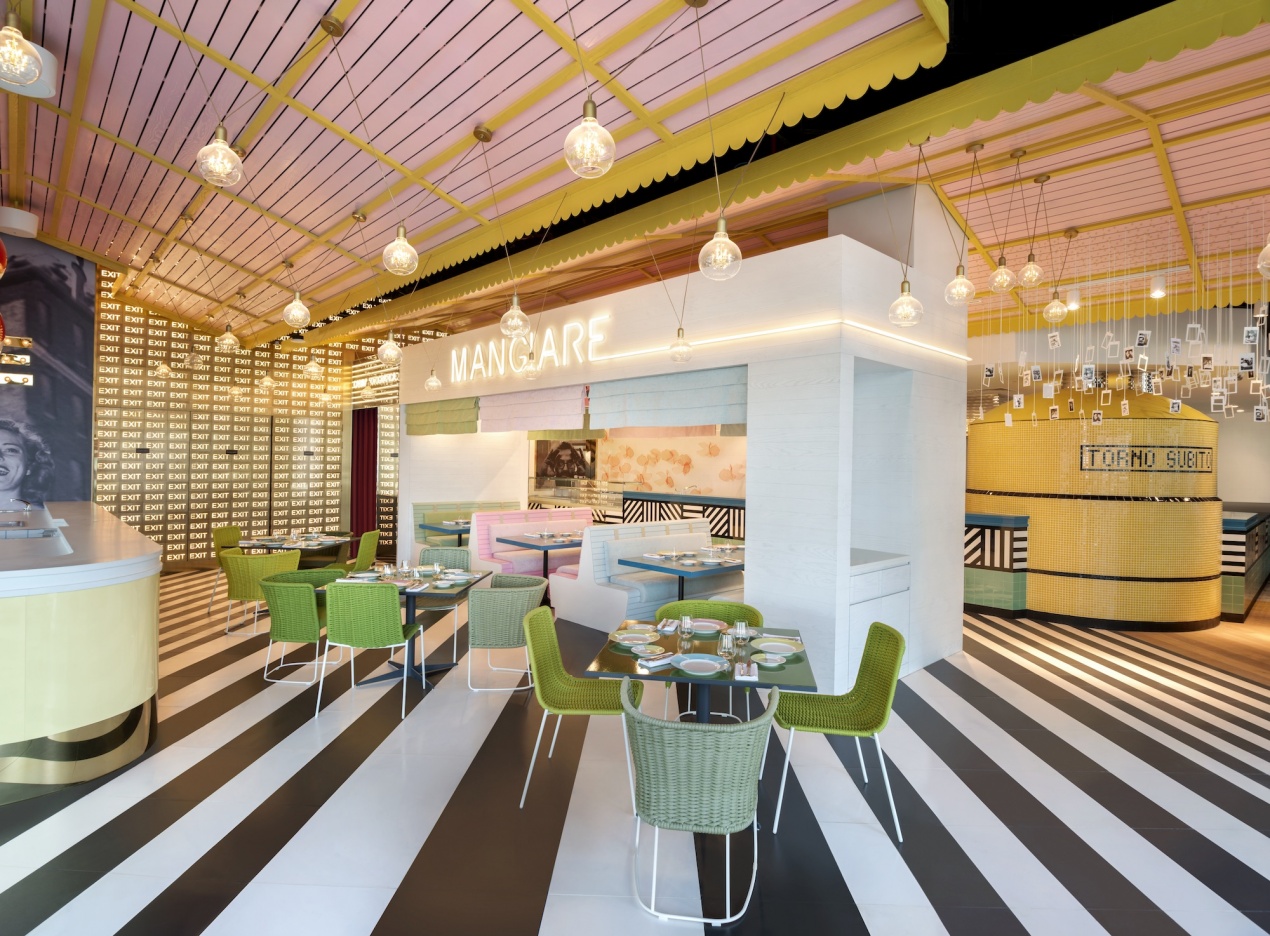 Dubai has a reputation for attracting world renowned chefs. Outposts of José Andrés’s Jaleo and Heston Blumenthal’s Dinner by Heston Blumenthal are both set to open in 2019. But when Massimo Bottura was approached by the W Dubai — the Palm about opening his own Dubai restaurant, opening another version of three-Michelin-stared Osteria Francescana was out of the question. “I always say I’m never gonna open another Osteria Francescana anywhere in the world for any kind of money,” Bottura says. Instead, he opened Torno Subito.

Torno Subito was designed for the Dubai diner. “People in Dubai they don’t want fine dining,” Bottura says. “They want to have fun.” And so Torno Subito celebrates the 1960s, what Bottura calls “the best period we had in Italy.”

The name, a way of saying “be right back,” is a reference to a work by Italian artist Maurizio Cattelan. Inspiration for the decor comes from Federico Fellini films La Dolce Vita and 8 1⁄2, and the space is awash in electric teals, pinks, and Ferrari yellow. There’s a photo booth that invites guests to add their self portraits to photo mobiles hanging from the dining room ceiling.

The Italian menu, served a la carte, is meant to be similarly playful. There’s a classic Margherita pizza on offer, but also one shaped like a crescent moon and topped with almonds, hazelnuts, chocolate, and honey. Guests can eat these outside on the sand, or take them out on a pedal boat picnic. And although Torno Subito is far from Osteria Francescana (where guests dine at tables covered in white table cloths in a softly lit room), there are some through lines.

Torno Subito chef Bernardo Paladini spent seven years working with Bottura at Osteria Francescana and its casual “little cousin” Franceschetta 58. He says 70 percent of the ingredients at Torno Subito come from Italy, including a balsamic vinegar produced by the Bottura family. There’s a tagliatelle al ragu similar to the one on Osteria Francescana’s menu, only here, it’s made with turkey bacon to adhere to the UAE’s restrictions on pork. A dish called “Beautiful Psychedelic Veal,” inspired by a Damien Hirst spin painting that hangs at the Modena restaurant, was just added to the menu.

As the name Torno Subito implies, Bottura won’t be spending long periods of time at the new restaurant. “I’m here, but I’m not — because Bernardo is here,” he says. He also has a lot going on. Bottura and wife Lara Gilmore are opening a luxury inn outside of Modena, complete with Modenese breakfasts of cotechino sausage and sbrisolona almond cake. He’s opening a location of Florence cafe Gucci Osteria di Massimo Bottura in Beverly Hills. His nonprofit Food for Soul just opened up another soup kitchen, called a Refettorio, in Naples, Italy. Refettorios in Mérida, Mexico; the Dominican Republic; and Florence, Italy are in the works. Bottura says he still dreams of opening one in Harlem, New York. And in Dubai, there are plans to open a Refettorio to coincide with Expo 2020. “Dubai has a double face,” Paladini says. “You can see everything perfect, but then there are lots of people that make it happen.”

For years now, Bottura has made it a priority to feed those people, as well as those who can afford a 10-course tasting menu or a trip to Dubai, where Torno Subito’s Margherita pizza costs $80 AE, or around $21 USD. “To me there’s no difference,” Bottura says. “It’s like being in a Food for Soul place or being in the W or Osteria Francescana. Cooking good food, cooking bad food, takes the same time. It’s all exactly the same. So why do I have to cook bad food? It’s not in my nature.”

Torno Subito, which debuted in February, does have one other thing in common with his international soup kitchens: It has the potential to expand. “We are opening a totally new thing, a new concept, that maybe can be replicated in Abu Dhabi or in Riyadh or in Beirut,” Bottura says. Stay tuned. 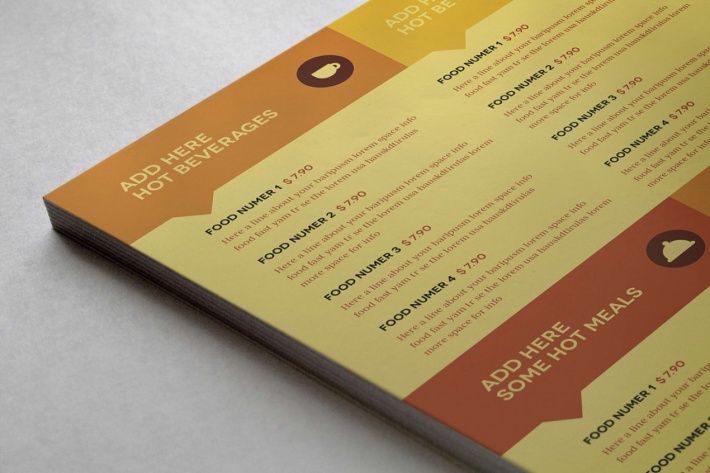 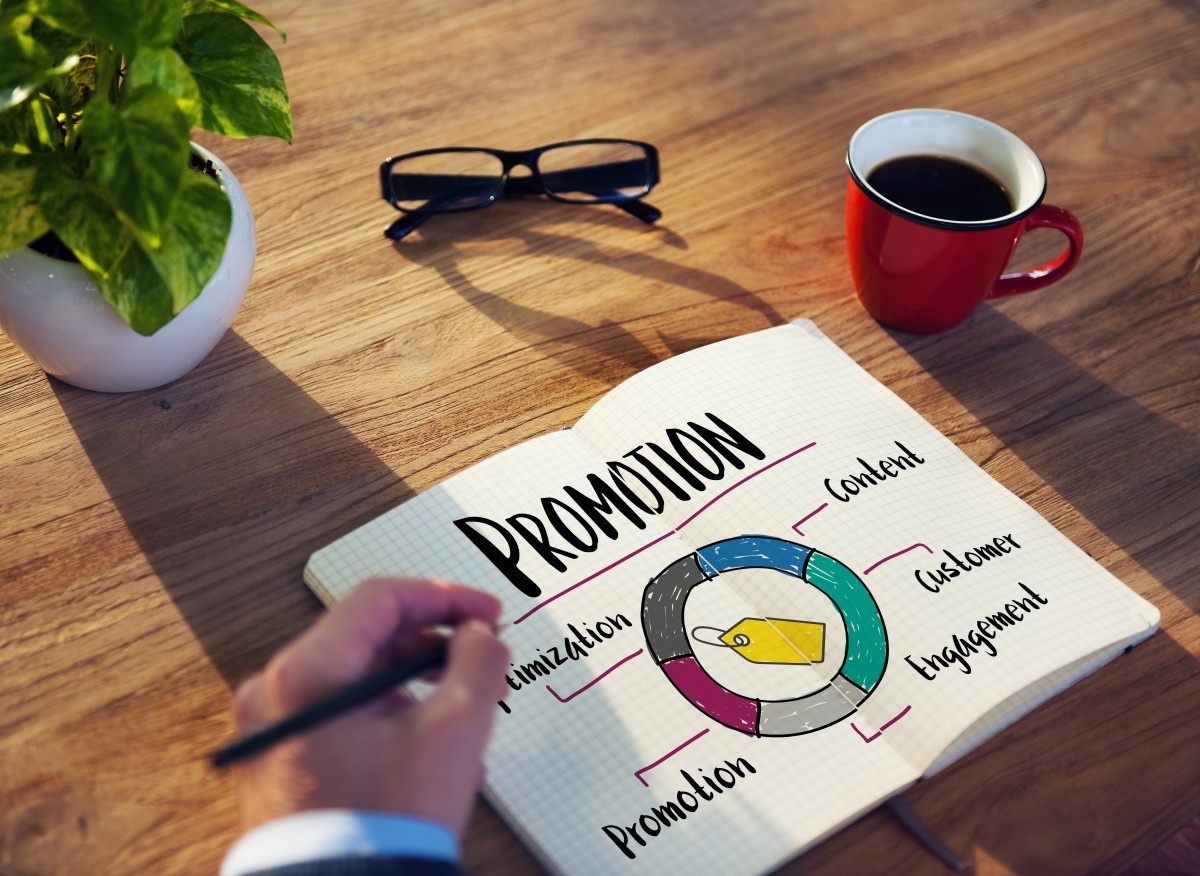 We'll write about menu card engineering, give advices about menu designs and you'll be the first to hear about the latest news and sales of Menu-card-maker.com!

Browse in our extending menu-card designs!